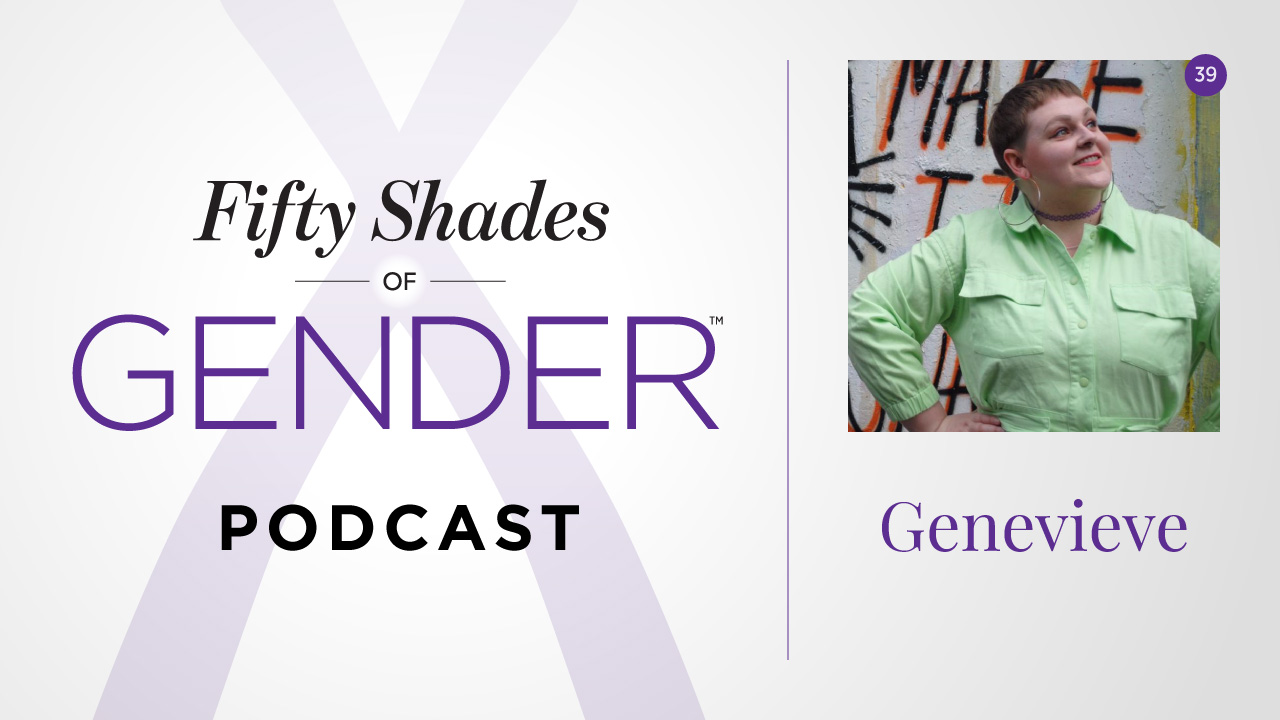 A conversation with Genevieve

Genevieve’s pronouns are they/them. They say the easiest terms are non-binary and queer, and they definitely identify as trans as well. Find out what that means to Genevieve in this episode.

We also talk about being born into activism, performing womanhood, reframing feminism, women’s spaces vs LGBTQ spaces, how what’s ‘normal’ is rigid and idealised when it comes to sex and relationships, teaching consent from a young age, and why we should all consider therapy.

“My closest friends were gay men, mostly, who said I was also a gay man; I was just a gay man trapped in a woman’s body. And that was the most affirming thing anybody had ever said to me…and that’s kind of where I still am, it’s just that I now understand that that means non-binary.”

“I’m a trans non-binary queer sex and relationship therapist (in training) and I’m informed by my personal experience and a commitment to be as expansive and inclusive as possible. I run a sex ed project called squirtingisntpee to push myself on being as inclusive as possible as I believe binaries harm everyone. Gender, sex and relationship diversity is relevant to all people and I want to make sure that everyone has access to sex education that centres consent, pleasure and diversity.”