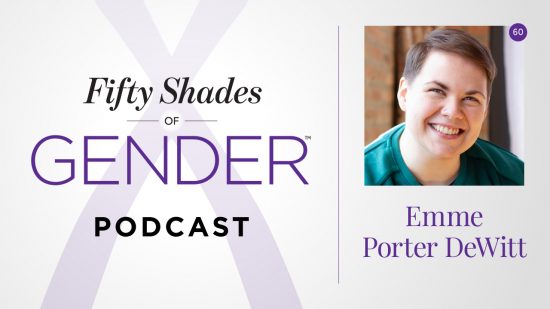 Emme is agender and also identifies as transgender, non-binary, queer and demisexual. We also talk about how we all have our own unique flavour of humanity, making sense of attractions, the importance of emotional connection, building your own blueprint for relationships, the possibilities in the term queer, being a solo advocate, how parents can build a healthy relationship with their gender-expansive kids, and getting rid of the boxes altogether. [Transcript coming soon.] 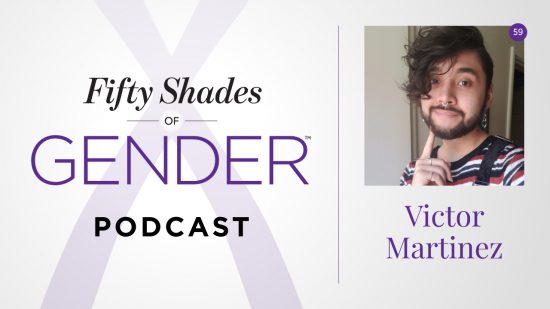 Victor is non-binary and transgender, as well as pansexual and panromantic. We also talk about identifying vs being, the freedom in expressing yourself, that clothes have no gender, connection to culture, having an awareness of your own mental health, processing out loud, and how gender expression is for yourself rather than others. [Transcript coming soon.] 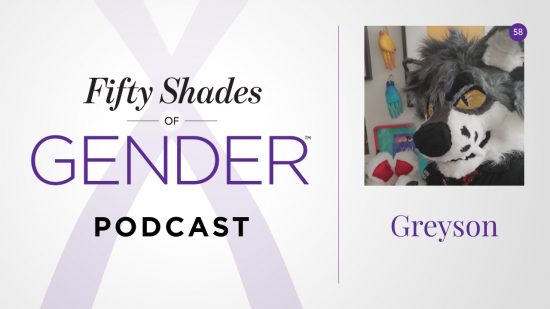 Greyson is a trans man, but identifies with wolfgender, which is a xenogender. We also talk about discovering your identity through playing someone else, separating gender from male/female, man/woman and masculine/feminine, how queer identities are a lot of work, self-medicating with testosterone, respecting artistry and artists by paying them well, and how gender journeys are a great way to get to know yourself deeper. [Transcript coming soon.] 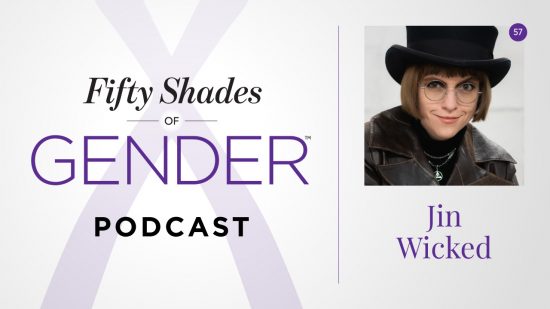 Jin is agender and non-binary. We also talk about pushing boundaries, questioning what’s normal, seeing the body as a canvas, finding beauty and art in everyday life, discovering being neurodivergent, integrating different identities, being present in the moment, and learning to be human. [Transcript coming soon.] 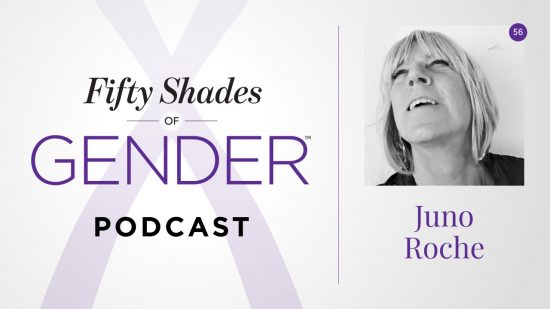 Juno is trans and queer. We talk about being a writer as part of identity, affirming surgeries versus trying to preserve youth, transitioning into transness as opposed to into a woman, being attracted to masculinity rather than men, owning your skin and celebrating yourself, being an intimacy virgin, and getting lost in words.[Transcript coming soon.] 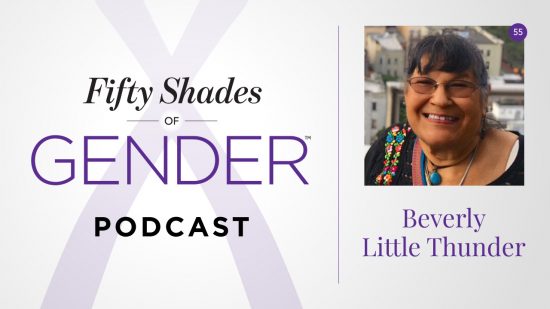 Beverly Little Thunder is a Two-Spirit Lakota woman from the Standing Rock Band in North Dakota. We also talk about what the term Two-Spirit encompasses, how religious indoctrination led to Two-Spirit people being ostracised, the cultural and societal roles we assign masculinity and femininity to, how tradition has evolved with community needs, that you don’t have to give birth to be a role model, and the importance of telling your own story. [Transcript coming soon.] 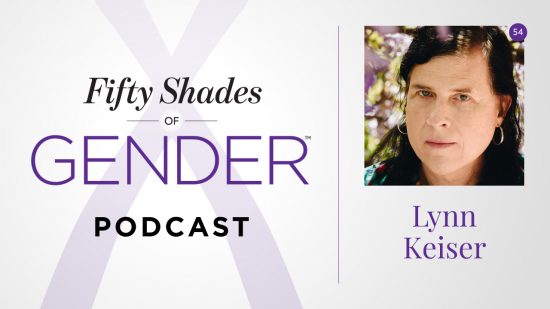 Lynn identifies as a transgender woman. We also talk about how being trans can offer a unique perspective into human psychology, the evolution of relationships and attraction, facets of identity, leaping into the unknown, and doing as much – or as little – as you need to be happy. [Transcript coming soon.] 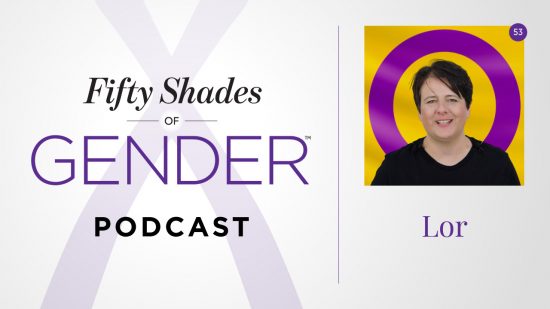 Lor is non-binary, and intersex – assigned female at birth but genetically male – and she is figuring things out when it comes to gender identities, currently working with the labels demiboy and bigender. We also talk about hormone therapy, the vagueness of consent when it comes to medical procedures and the lack of knowledge about intersex variations in the medical profession, reclaiming body autonomy, the wonder that is foetal development, the difference between sex, gender identity and sexual orientation, and why doing identity work is a good idea. [Transcript coming soon.] 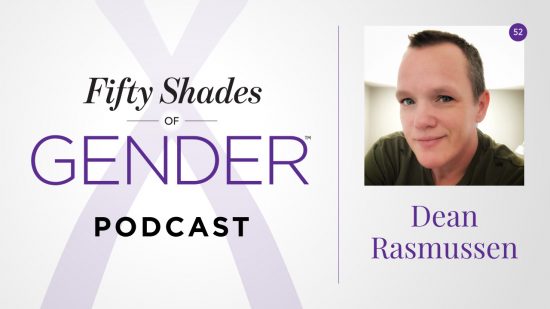 Dean is a trans man, but they also resonate with the labels trans-masculine, genderqueer and non-binary. We also talk about being a non-binary parent, separating the role of nurturer from gender, experiencing dysphoria in pregnancy, gender assumptions and how we are perceived, how testosterone can affect attraction, and the freedom that can come from trying out names and pronouns. [Transcript coming soon.] 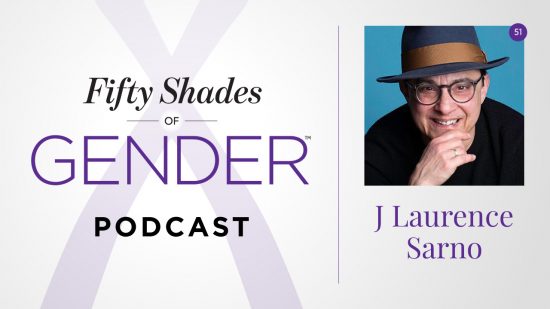 Laurence generally describes himself as a trans man, but his joke about labels is that he’s everything in LGBTQIA except the ‘L’ and the ‘A’. We also talk about being perceived as you are, a very speedy transition journey, privilege, what we can learn from unconventional relationship styles, embracing who you are, unpacking judgements, and becoming your most authentic self. [Transcript coming soon.]