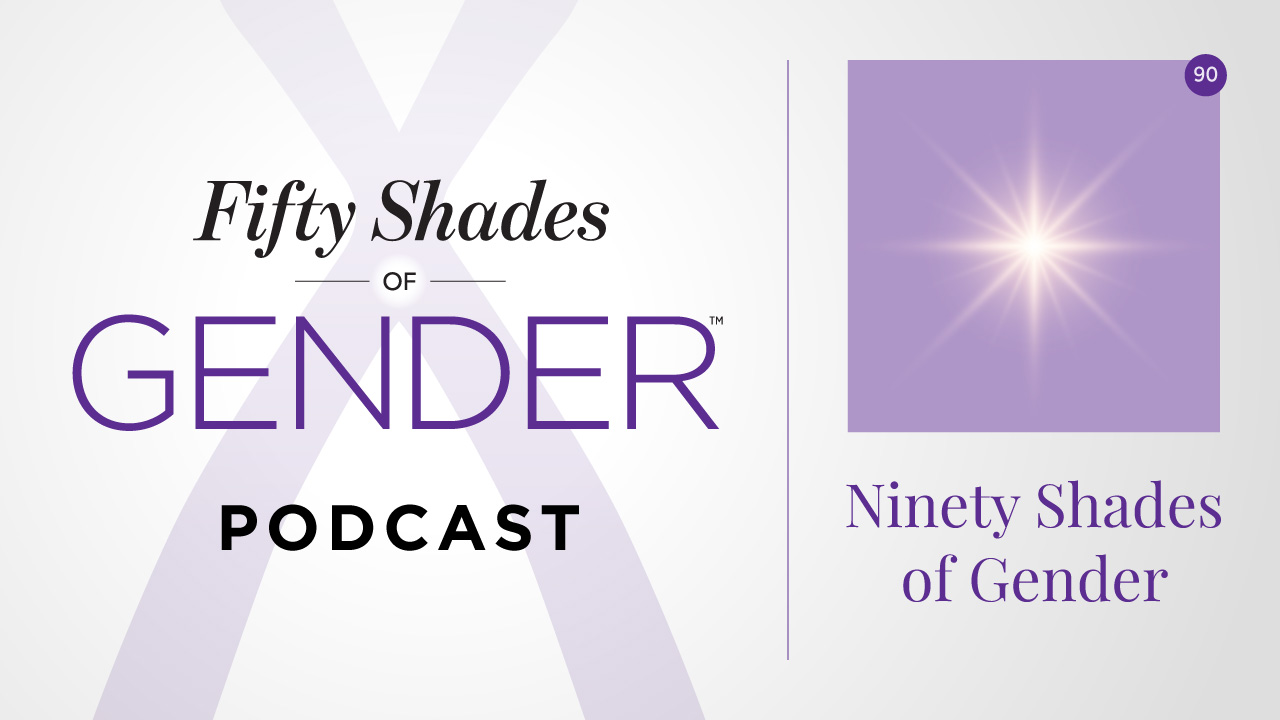 Esther is taking a break from creating new episodes for now, and talks about she came to that decision.

“A massive THANK YOU to the Patrons, past and present, for your support; Kit, Katy, Esther, Finbar, Jon, Nick, Seb, Jannah, Valerie, Jacki and Iris. I am so grateful to you!

Also thanks to Jacki and Naomi for helping with transcripts, and Katy for doing social media and more, and everyone who has listened, shared and supported.

“I honour those of you who are on the journey. Those of you who reached out to me and shared really openly and vulnerably about your feelings around gender, but you are not ready to tell the world yet for whatever reason, I see you and I send you love.”

Esther: So, I’ve decided to take a break from creating new episodes, as you can probably tell from the title of the episode. The podcast will stay up. It’s not going anywhere and I hope to be back with new episodes soon. But that said, I don’t know when that’s going to be.

I just had this instinct or intuition to take a break, just pause. So in this episode I talk a little bit about my decision and what led to it, so it’s kind of like a reflections episode I guess, but just on my own. So by the time we get to episode hundred which is going to be the fourth reflections episode with Katy, I will probably have a lot to talk about so there you go.

So first of all I would really like to thank my patrons, whether you’re still a patron or just have been one for a short while. I want to thank you for your support. So that’s Kit, Katy, Esther, Finbar, Jon, Nick, Seb, Jannah, Valerie, Jacki, and Iris. I am really really grateful to you, thank you. I also want to thank Jacki and Naomi for helping me with transcripts, and Katy for doing social media and much more, and basically everyone who’s been listening and sharing. Thank you so much.

Secondly, I still don’t like talking about myself, so not much has changed since the first reflections episode I guess, which was episode 25. But I will anyway. So not to justify or explain anything or my decision, but more about just simply sharing more of my own humanity I suppose.

So basically this whole thing landed on the day I made the last (or the previous) episode – Cleo’s episode – and I found myself taking a lot of time making this episode and things were taking more time than I really want them to. Because I had quite a good routine going with the episodes; editing on a Tuesday, making them on a Wednesday before they go up, and the time it was taking was quite efficient and stuff. So that was that was feeling good.

But things have been – especially of late I guess – they were just a bit more… they felt bit heavy and things were getting a bit stressful. And also Cleo’s episode was the last episode I had recorded out of a batch of three, I believe, so those were all the last ones I’ve recorded. And I’d just not been having much luck finding… not finding new guests necessarily, but just like getting… I don’t know, getting responses I suppose, because I’ve been reaching out to new people, I’d been following up with people that I’d already reached out to, and it was just this time where no one was getting back to me, and it was just so interesting. And if you are one of those people, I’m not having a go at you, I appreciate it’s just life sometimes. And sometimes it’s technology because it’s not like that’s one hundred percent reliable. So yeah, that’s just where I was.

So in the middle of the day, so two weeks ago on the Wednesday, I went outside, sat on a bench and did some contemplating, and I just had this unsettled feeling, and I just felt disheartened and I just… really couldn’t make much sense of it though at the time. And late that night I had… there was a group call and it’s hosted by someone in Australia and she does calls at different times, you know, to allow for Europeans and Americans and stuff, and this one was a late one. It was midnight. But there was part of me that was like ‘yes we’re going on this call’, so I joined the call and I had a brief energy reading with her, and she basically reflected back to me that it was time to take a break, basically, and see how… I don’t know, what wants to exist in this space, rather than have an idea of what I’m going to be doing next, but like a break was very much on the cards.

And it was really interesting to hear that reflected back to me, because as soon as she said that and I heard it, it really just clicked into place for me. It like just landed, boom, and it was very… It was very intense. I had this like roller coaster of emotions and it was very fast as well, like over a day or so, or even that night. The call finished about half 1 in the morning, I then was up for a bit doing some journaling and writing and that’s when I made most of the notes for this episode actually, about what I was going to say. Which I’m now ignoring. But anyway.

I even sort of tried to reason with the intuition, which never works, right? So I was like “ooh but maybe I can make it up to 100 episodes and just have a break when I have episode 100” but it just wouldn’t… my, I don’t know… my inner self, my soul, wasn’t having any of it. It’s like no, this is the time, now, we need to have a break. We need to stop. We need to pause. So that’s that.

And yeah, it was not an easy decision, I don’t take it lightly because I love this work so much. I also have this sense of responsibility for my listeners, and one question sort of arose in me and that was like “who am I without this?”

And I think a lot of the time when you’re doing the entrepreneurial thing or doing your own thing, it, like… you do end up linking a lot of what you’re doing to your self-worth and to your identity, which is an interesting one because we talk about identity a lot here..

Yeah, so it did make me think and I feel like that is an important step as well, and part of my pause or my break is to be… yeah, to just see what wants to exist in this space now and who I am without this for a bit. So that is where I’m at. So I don’t know when I’m going to pick it up again but I do know that this is not the last episode. But there you go. That’s all I can tell you at the moment. When I know more I will definitely share it.

So, yeah, and I realized also I haven’t taken a break since I started which is over two years ago and it’s been intense. It’s been full on, and really powerful, and I’ve learned so much, and I continue to learn so much, and I am so grateful and proud of all the amazing people who have shared their stories with me, I am proud of the episodes that I’ve made, and I’m proud of myself for doing this work. It’s felt so meaningful.

I just wanted to say as well, I honour those of you who are on the journey. Those of you who reached out to me and shared really openly and vulnerably about your feelings around gender, but you are not ready to tell the world yet for whatever reason, I see you and I send you love. And, I will miss this, and I hope you will too, if you’re listening, still.

So yeah, that’s where I’m at, and I believe that is the end of my notes, and I’m almost forgetting something. So please get in touch if you have any questions, or if there’s anything you’d like me to know or focus on, if you have any ideas for collaborations or anything like that. There’s a form on the website which I will make easier to find, I promise, so get in touch if that’s the case.

And also as I continue to learn, which will happen anyway, I want to share that, and I’ve mentioned before I believe on the podcast that I was making an allyship course, and to be honest I’ve been doing that since last year and I’ve tested it with a few people, but I’ve not yet released it in a way of it being a self-study course, but that is on the cards. So I’m hereby committing to doing that. ‘How to be a Better Gender Diverse Ally’ course is coming. By the end of the year. So there you go.

I could also start a course about ‘How To Start Your Podcast’, so that might be another one I do, but let’s just start with one first. So, that’s where I’m at and that’s all for now.

So, until next time.

GO TO THE PODCAST PAGE
Category: PODCASTSeptember 29, 2022
SUPPORT US